…the rubber is down, the road is hot and they’re getting more practice than ever – I can see us heading for a record breaking TT this year!

Stood around chatting at the Bottom of Barregarrow waiting for the ‘bike on voddy straight’ to blare from the Tetra radio, I made a comment about ‘I bet they’ll be a 132mph straight off the line tonight.’ Close, but no bueno! Try 133.019mph instead…

A slight breeze cooled down the blaring sunshine and maybe that might be a vital part to the next bit as Dean Harrison unofficially broke the Superbike lap record with an insane lap of 133.462mph. Unfortunately this can’t be taken as an official lap record as it wasn’t during a race, however it does at least earn him bragging rights. This lap also saw Harrison become the second rider to complete a lap of the Mountain course in under 17 minutes. Was the wind pushing him up and over the Mountain? Maybe… in an interview a couple of laps later he said he wasn’t even trying!

On-board his Silicone Engineering Kawasaki Harrison completed his first lap at 133.140mph from a standing start. Just under the official lap record, but an unofficial standing start lap record instead. The rubber was down, the benchmark placed and Harrison was truly the man to beat. 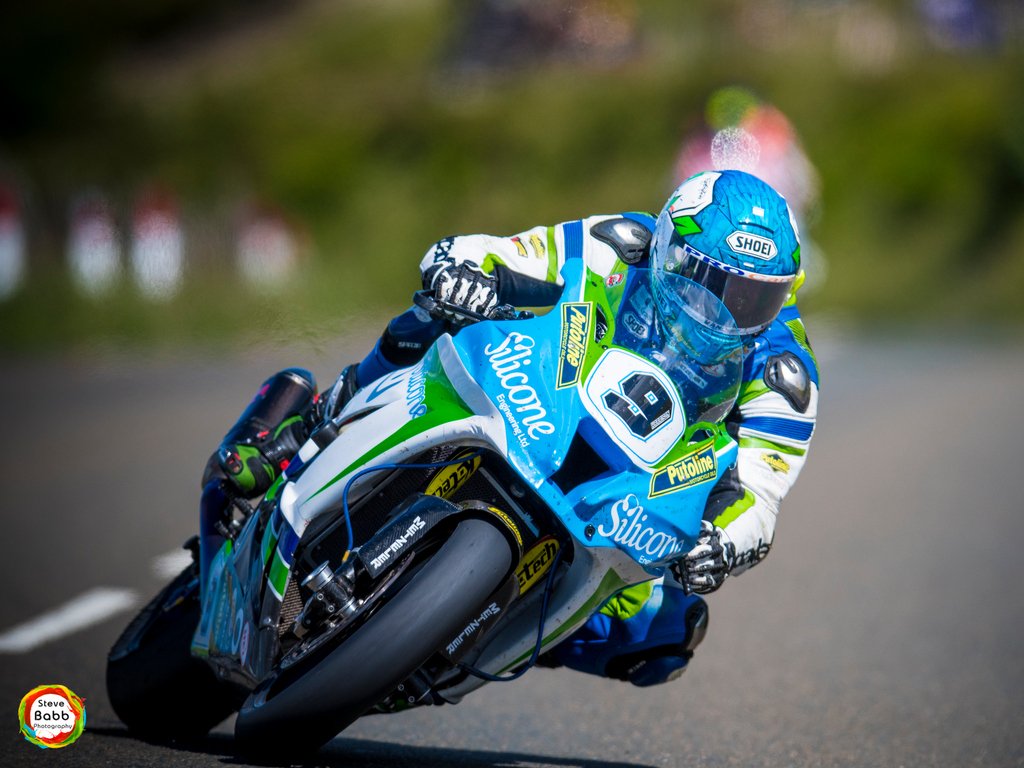 Harrison wasn’t the first rider to set off down Bray Hill in Tuesday’s practice. At 6:23pm Michael Dunlop alongside James Hillier both got that tap on the shoulder – an OK to gently let the clutch out, twist the throttle – hopefully without stalling – going up the box to sixth & flat out till Quarterbridge.

Dunlop’s Tyco team-mate Dan Kneen was up next with Peter Hickman followed by Ian Hutchinson and Gary Johnson. An annoying start for Johnson, however, as he retired at St Ninian’s… at least it was easy enough to get back to the paddock.

It wasn’t long until it became clear Harrison was on a seriously hot pace. I can’t remember exactly how long it took him to get to Glen Helen, but I do remember looking at the live timing and shouting IT’S ONLY TAKEN HIM (x) MINUTES TO GET TO GLEN HELEN *insert expletives*. I was just too in the moment – shocked & worried about what was about to fly towards me down Barregarrow. Fortunately no one flew towards me in the literal sense, but it was clear they were trying – Harrison & Dunlop that is. You could even see that they were that 1mph quicker. It seems crazy, and maybe it’s all in your head because you’ve seen the sector times, but even so that feeling is just a rush of adrenaline for a marshal and spectator… let alone a racer! …and that was the lap Harrison finished at 133.140mph. Dunlop was close with a 132.319mph lap… only 0.821mph difference.

Kneen lapped at 130.668mph, Conor Cummins 129.756mph and Rutter 129.583mph to mention a few. Everyone was on insanely quick laps, but Harrison raised the benchmark to a flying lap of 133.462mph – 0.099mph faster than the official lap record and not forgetting the second rider to complete a sub-17-minute lap.

Manxman Kneen also put in a personal best lap of132.258mph – 2mph quicker than his best lap set last year in the Superstock race. Hickman was also remaining hot on the pace at 132.169mph. One thing I’ve noticed about Hickman is he has quickly developed his own style around the Mountain Course. He hasn’t tried to copy any other racer. He’s felt his own way round, made it his own. That’s the beginning of a real first-class road racer.

Lap speeds started to decline due to the traffic on the course. Conditions have been pretty perfect so far, and I’m fairly confident that most of the seeded riders will have qualified their machines in all classes (except TT Zero) after 3 full nights of practice. Every competitor however is guaranteed to want as much course time as possible for bike set-up & course knowledge.

7:20pm saw the Supersport and Lightweight machines take to the stage. Dunlop was quickest on his MD Racing Honda Supersport machine at 125.206mph placing him ahead of Hiller, Ivan Lintin and Josh Brookes.

After joking around with the commentators when they asked him about his 133mph laps, Harrison said he was off to do some wheelies on his 600, but that didn’t last long. He made it to Ballacraine and made his way back on open roads… on his Supersport machine. Where else can you do that, hey?!

The newcomers were improving lap by lap with Davey Todd finishing a lap at 121.97 on his Suzuki Superbike whilst Adam Lyon completed a lap on his 600cc Yamaha at 121.537mph – impressive on a Supersport machine! David Jackson made up for some lost track time too with a lap of 118.93mph after breaking down at Ballig on Saturday. Every year I watch these newcomers join this crazy world for the first time yet every year they are quicker and quicker. It’s pretty phenomenal. It’s down to the determination, the time taken in the preparation not just regarding the bike, but learning the course corner by corner, inch by inch. The bikes are quicker than ever too regardless of whether you are backed by a big team and sponsors. These newcomers we see whether it’s at the TT or Manx Grand Prix are the up and coming road racers – the road racers of the future.

The Slidey’s got another practice session in on Tuesday evening. I still think these racers are insane. To cling on to a side car with your arse hanging off either right or left to weigh it down through the corners, or in the case of Dan Sayle lie flat on your stomach just after Barregarrow rather than tucking yourself into a ball. All of these passengers have their own style, their own way – a way which works for them. I for one wouldn’t like to be hanging off a sidecar at 200mph on the Mountain with fields and a few stone walls. Made of hard stuff these sidecar racers – stay and watch them, they’re fantastic.

John Holden/Lee Cain set an opening lap of 115.732mph whilst the Birchall’s, sporting the number 1 plate, finished the session second at 114.875mph. If you’ve not heard of the Birchall’s before they’re two brothers – Ben & Tom. They’re pretty famous in the sidecar racing world and are currently the reigning F1 Sidecar World Champions, so they have a few wins under their leathers. Let’s not forget, they’ve also won three TT’s and for the first time in history last year they won both Sidecar TT’s in the same year.

Following the Birchall’s on the timesheets were Alan Founds/Jake Lowther at 112.602mph slotting into third with Dave Molyneux/Dan Sayle fourth at 111.122 mph. Peter Founds/Jevan Walmsley and Lewis Blackstock/Patrick Rosney also broke the 110mph barrier on their opening lap whilst newcomers Michael Jackson/Harry Payne broke the 100mph lap with 101.714mph.

Second lap around the Mountain course for the Birchall’s saw them remain second with a 115.145mph lap with the Founds brothers in third and fourth and Holden/Cain still maintaining the fastest lap. Tony Baker/Fiona Baker-Holden were trying as they just missed out on breaking the 110mph lap by 0.001mph! I think I’d be impressed yet a bit pissed off with that. 109.999mph… but it’s all fuel to the fire.

So far today (Wednesday) conditions are once again beautiful. The sun is shining, the birds are singing, but only until 6:20pm… because the action will start again with a session for Superbikes, Superstocks, Supersports and Newcomers setting off from the grandstand until 7:40pm. Sidecars are out at 7:45pm till 8:40pm and then the TT Zero bikes will set off on their first qualifying lap at 8:40pm to finish the evening’s proceedings.